The destination for AR World Championship 2016 has been revealed – Shoalhaven, NSW South Coast, Australia – that’s our ‘hood! Teams from 30 countries are arriving now, with the race starting from Jervis Bay on November 8th and finishing in a ‘yet to be revealed’ location ten days later.

“The AR World Championship 2016, hosted by the XPD Expedition Race, scheduled from the 8 – 18 November 2016, will take teams representing over 30 countries on a 600km journey through the Shoalhaven region of New South Wales (NSW), Australia.”  XPD Australia 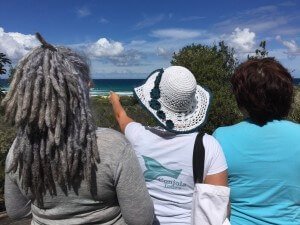 A big welcome from us at Kotahi Tourism to all ninety-nine teams competing. To the 9 teams from Aotearoa – New Zealand:

Conjola Tours are running daily November 5th – 20th to give race supporters and fans an opportunity to discover beautiful Lake Conjola with a local while they’re here.

Whether you’re on the South Coast for the race, visiting or live locally, join us during November for a two hour leisurely guided walk at Conjola including lakeside, bush and beach. Conjola Tour bookings and more info:  kotahitourism.com or call  02 4456 4848.